There are many choices for hair removal in the city of Los Angeles. Many women dream of being hair free, but with so many options it can be difficult to make the best choice. Hair removal creams, laser hair removal, and electrolysis: all seem to have their advantages. However, if you want actual long-term hair removal that will destroy the hair-growing functionality of your follicles, there is only one choice. Electrolysis is the only depilatory method recognized by the FDA as permanent.

Alison strives to help women regain their confidence and joy through permanent hair removal. Permanent hair reduction can give you the confidence you need to feel beautiful without worrying about hair regrowth in those areas of your body. Alison treats hormonal hair in women with PCOS, as well as other unwanted hormonal hair growth. Whether it’s facial hair, abdomen or leg hair, Alison is a master of the most effective of hair removal methods: electrolysis. Her one-handed technique, refined over 15 years, is quick and minimizes discomfort. It’s perfect for those with sensitive skin. Electrolysis treatment is like a type of therapy that can solve your hair issues without a lot of tedious temporary fixes. You can trust in Alison’s warm, honest approach to electrolysis treatment. You’ll be able to easily navigate through the process thanks to her support.

Alison’s specialty is working with women with PCOS. Polycystic Ovary Syndrome can cause excessive hair growth. Facial hair can rapidly change from the soft, fair vellus hairs that most women and children exhibit. They can become the coarse, thick, pigmented terminal hairs that the majority of men have on their faces.

Treatment of hirsutism of this nature is tricky. Some people and their doctors approach it by trying to correct a perceived hormonal imbalance. Birth control pills can be used to this effect. It’s true that if androgen levels are higher that women can experience unwanted hair growth. However, trying to regulate hormone levels can lead to many side effects. In the interim, there remains the issue of the hair that is present.

Because underarm hair is THE PITS!

Get the perfect arch and keep it forever!

The right to bear arms

From thighs and knees, calves, ankles – no hair left behind!

Whatever the cause of your stubborn hairs, we can help!

Is electrolysis safe during pregnancy?

Ready to bare all?

Don’t see your area on the list? Contact Alison for a one-on-one consultation and come up with a personalized treatment plan.

No longer having to deal with any of the below issues offers substantial benefits.

The pain of tweezing hair is not helped by the fact that the hair can grow back. What’s worse, snapping the hair root, as often happens when tweezing, means that hair can become ingrown.

Touching up your eyebrows with cosmetics dodges the problem to an extent. However, those minutes add up. Did you know the average women spends eight weeks of her life managing unwanted hair growth? Imagine what else you could do with that time.

If you’ve suffered from ingrown hairs you don’t need to be told how irritating and painful they are. Did you know they’re also a vector for infection? Wouldn’t it be great to never have to worry about them again?

You might be one of the tens of millions of Americans who’ve had to plan an outfit around what their body hair is doing at the time. But no more. Planning outfits around whether you had time to shave? Forget it! Wear what you want, every day.

You might seem hairless after a shaving or waxing session. But that’s only dealt with hair that’s close to the skin. There’s a whole legion of hair coming up to interfere with your smooth-skinned look again.

Razors. Aren’t they the worst? They leave cuts and nicks, become dull over time and contribute to environmental waste. Razors will be getting the cut when you choose electrolysis instead. Save your skin, and the planet.
03

Alison’s goal is to help women regain their confidence and joy through permanent hair removal. Removing an area of hair permanently can give you freedom to feel beautiful without having to worry about hair regrowth on certain areas of your body. She specializes in treatment of hormonal hair in women who have PCOS. Alison is also experienced with other triggers that cause unwanted hormonal hair growth in areas on the body and face. 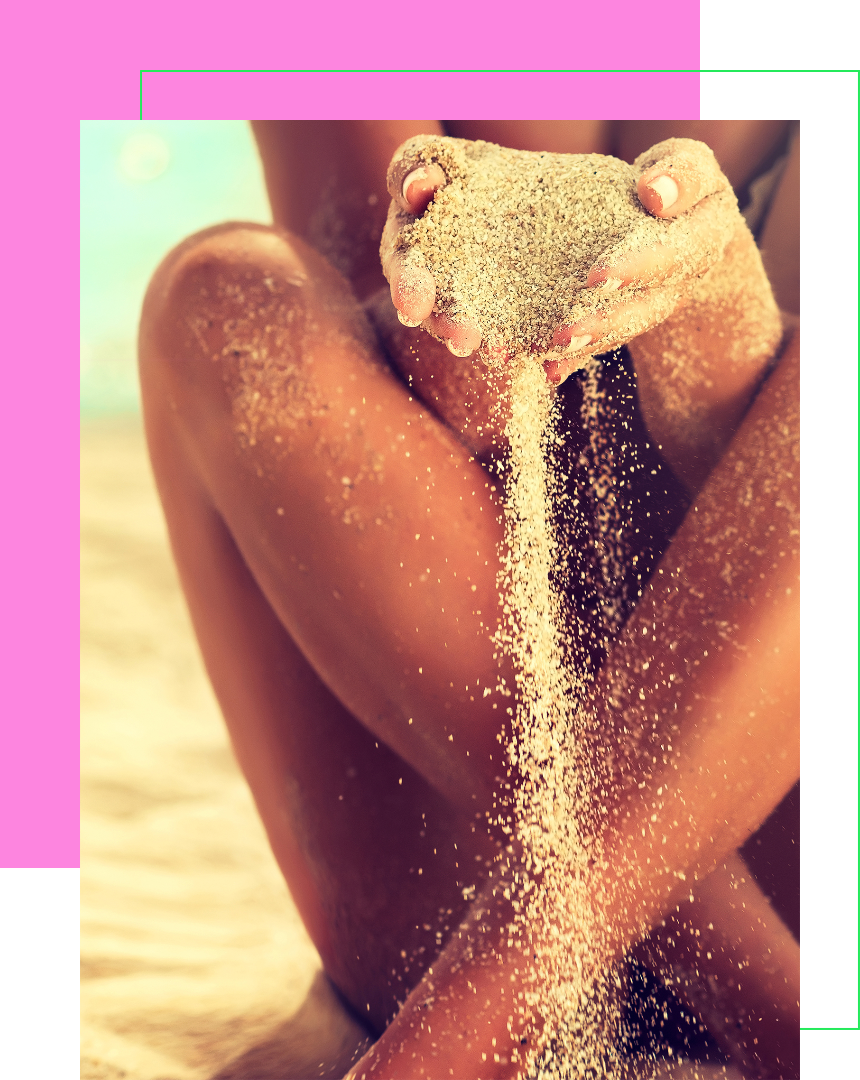 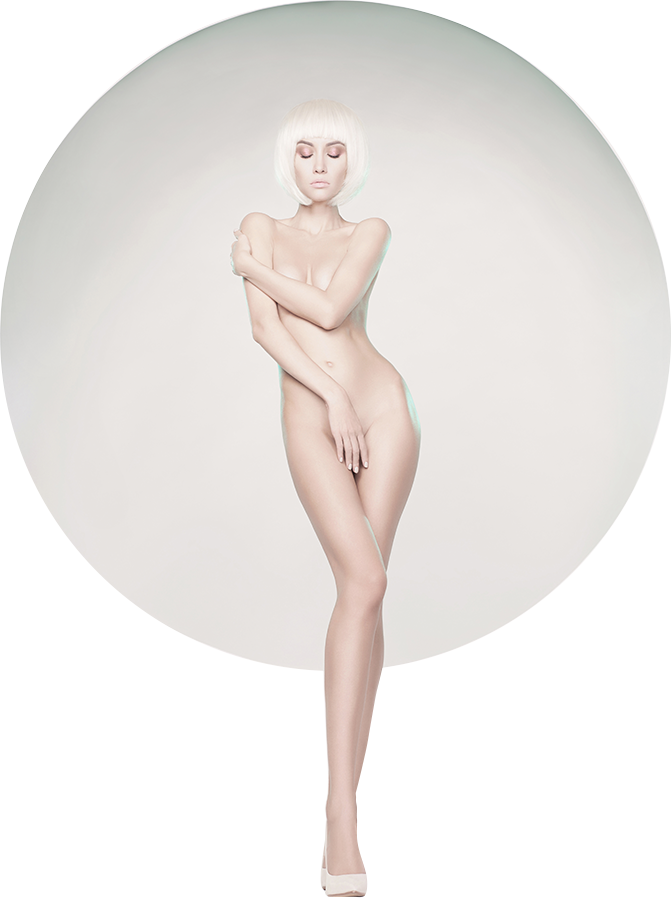 Electrolysis stands alone as the permanent alternative to lifetime maintenance. In addition to producing more permanent results, electrolysis is extremely versatile. It can help inhibit new hair growth for all skin and hair types. Electrolysis may also be used anywhere on the body, including the eyebrows.

No other hair-removal solution can claim the universal acceptability and success offered by electrolysis treatments. Electrolysis safely and permanently removes all types of hair from all skin tones.
Electrolysis permanently destroys the growth cells of the hair follicle, preventing individual hairs from ever growing back. Treatment can be applied to most facial and body parts including eyebrows, chin, upper and lower lip, jaw line, sides of the face, breasts, underarms, abdomen, bikini area, fingers and toes, legs and back.
Most other methods focus on immediate, but temporary, hair removal – visible hair, or hair that’s inside the follicle but hasn’t yet emerged. None of them deliver permanent elimination of unwanted hair.

There are many ways that women handle terminal hair growth caused by PCOS. Common hair removal methods such as waxing, threading, and shaving are often the first methods used. Electrolysis by Alison advocates against using waxing and threading to handle terminal hair growth. The way that these methods work is to pull out the hair from the follicle. Often, what happens is that the hair snaps and the root remains in the hair follicle. Especially for curly or kinky hair, this can lead to ingrown hairs. The hair regrows incorrectly and gets embedded under the skin, causing inflammation.

Laser hair removal is another, more dramatic method which is commonly used. Laser therapy promises a more scientific approach, with concentrated heat and light disabling all the follicles in an area of skin. In theory, it promises a long-term solution to the issue of body hair or facial hair. However, in practice, this does not always go according to plan. Laser therapy works most effectively on skin and hair combinations that include a substantial contrast. Typically, this requires fair skin and dark hair. Other combinations, such as fair skin and hair, or dark skin and dark hair, often result in complications and side effects. Burns can result. Worse, even if the contrast lines up, the trauma of the treatment to the skin can often have the opposite to the desired effect. Terminal hair follicles can be activated by the treatment. It is for this reason that the Food and Drug Administration denied laser hair removal the status of ‘permanent hair removal’ method. It has been discovered that sometimes follicles thought rendered inert by laser hair removal in fact only temporarily affected them. Within two years, treated areas can begin generating terminal hair again.

If you are seeking a truly permanent method of hair removal, your options are limited. Electrolysis is the only hair removal technique which has been recognized as permanent by the FDA. Electrolysis focuses on neutralizing each terminal hair follicle, one by one. The speed with which this procedure can be done depends on the ability of the practitioner. Alison has been an electrologist for over 15 years and has perfected her one-handed technique to make her treatments much more comfortable and quick. A small area like the upper lip or chin can take as little as 15 minutes per session to treat.

Alison is invested in women’s health, physical and emotional. That’s why our electrolysis center is designed to be soothing and calming. While waiting for your treatment, you can relax and contemplate the beauty of your surroundings, as you look forward to achieving your beauty goals with Alison’s treatment.

Your Smooth Skin Secret Is Safe With Us

Minor side effects are common after an electrolysis section, but they tend to go away within a day. Good skin care will do much to limit their impact. Pain and swelling are rare. No one needs to know if you are getting electrolysis! (Although we would love for you to spread the word and tell all your friends!)

Come in for an initial consultation and see what Alison can do for your self-image. We treat men and women at our center, and we do our utmost to create a serene and pleasant environment to allay concerns and allow our clients to focus on their beautification. Call us on 323-875-4425, or contact us online.

Minor side effects are common after an electrolysis section, but they tend to go away within a day. Pain and swelling are rare. No one needs to know if you are getting electrolysis! (although we would love for you to spread the word and tell all your friends!)